What is Sensory Seeking? 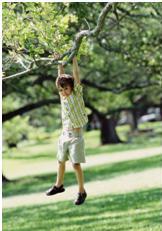 Learn how to identify sensory seeking symptoms, a subtype of Sensory Processing Disorder (SPD), that results in craving stimulation and what can appear to be vestibular dysfunction. My oldest son was one of the biggest sensory seekers as a young child! He used to run and run in circles and somehow never got dizzy. He would also constantly touch everything in sight. It was exhausting!! Thankfully as he has gotten older he has calmed and is much less fidgety. After having more kids, I realized that electronics was a huge trigger for this type of behavior and do my best to monitor that for all my children regularly.

There was a point in time that we thought maybe this was just typical boy behavior in my oldest. However, when it started interfering with daily functioning, we knew there was something more going on. This combined with unusually severe tantrums and a speech delay forced us to look for answers. With an occupational therapist's help we have really gotten a handle on some of his challenges that come with having SPD. Life has been much easier since, but there are some things that will always be a struggle. Children with sensory modulation disorder, a category of SPD, may show signs of overresponsivity, underresponsivity or seeking of environmental stimuli.

You may notice they have had problems sleeping since they were a baby. This can be contributed to poor self regulation from SPD. Naps may be unusually long or non-existent even if he/she is exhausted. Sleep difficulties do not necessarily indicate a problem, but often occur when a child does have SPD. My oldest son had terrible sleep problems as a young child. Luckily, this is no longer an issue, but it was only after using OT approved integration techniques.

There may also be difficulties getting them to focus on tasks or keep their hands from touching things that other children learn not to touch. Seeking constant movement and excessive talking are also most likely very prominent. This is often why it can lead to an ADHD misdiagnosis.

With all of the different disorders that exist these days, it can be hard to determine whether or not your child may just be going through a phase or actually have problems processing information. Especially, with many of the symptoms being very similar to ADHD symptoms, Autism, or even what used to be called Asperger Syndrome.

Getting your child evaluated by a wide array of professionals can be the first step in getting feedback about your child’s behavior and accurately portraying any possible sensory seeking symptoms. You may have your child evaluated by a pediatrician, occupational therapist, speech therapist, and/or developmental therapist. The good news is that we are constantly seeking to learn new information about the nervous system and how it affects behavior in order to properly recognize sensory processing disorders. 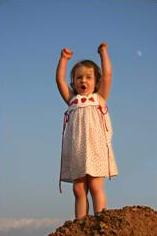 After my son was evaluated by an occupational therapist that concluded he has SPD sub-type sensory seeking, we explored a few SPD treatment options. These included putting him on a sensory diet, doing therapeutic listening and the wilbarger brushing protocol. Finally understanding some of the differences we had noticed in him, compared to other children his age, has been a huge blessing and relief. We also found integrative listening systems to help him immensely with focusing on school work once he got older.

All helped immensely with his sleep patterns, language processing, and activity levels. He is doing much better in school doing work independently, following directions, and demonstrating much more controlled fine motor skills. He still struggles with group work due to the noise and activity being too distracting for him, but we realize these things will always be a struggle to some extent.

Many of the things we have also done to help him get to where he is now are outlined in my FREE eBOOK as shown below. I personally researched and discovered there are many underlying causes to sensory seeking behavior, such as artificial food coloring like red dye 40. I was surprised to discover artificial colorings are considered to be a neurotoxins and are actually illegal in Europe.

If you do suspect SPD, it is important to have your child evaluated by a professional, such as a neurologist, with experience directly related to SPD or they may not notice or understand the disorder.

Some additional pages you may find helpful: