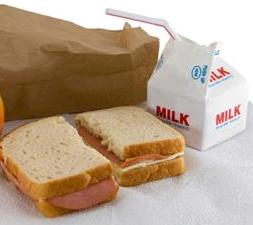 The most effective diet for autistic disorder, the gluten free casein free diet, helps eliminate autism behaviors and signs of ADHD. Because gluten is commonly found in wheat and casein is found in dairy products, most children’s favorites will contain these ingredients. Therefore, it is often very challenging for parents to follow since kids are typically addicted to macaroni and cheese, pizza, and cheeseburgers on a bun.

Yet, this particular autism diet has shown to have the greatest effect in reducing or eliminating many of the common signs-symptoms of autism. It is becoming known as one of the most widely recognized treatments next to ABA therapy.

Gluten is an elastic protein with a sticky, gluey texture that helps give wheat products the ability to bake properly. It is commonly found in wheat, rye, barley and some oats, which means most carbohydrate foods will contain gluten. It is not found in corn, rice or millet. The other ingredient, casein, is usually found in dairy products. However, it can be hidden in other foods, such as whey protein.

In America, a large percentage of the population lacks a particular enzyme called DPP4 that breaks down gluten and is also involved in the digestion of milk products. If gluten is only partially broken down it creates partial proteins, or peptides that are similar to opiates.

These opioid peptides lead to feelings of spaciness, and even intoxication for children that lack the DPP4 enzyme. The feelings and pleasure these foods cause can become addictive to children, which may explain why many children become obsessed with certain foods.

The process of methylation helps to remove built up toxins within the body. If this process is not working properly and toxins build up in the body, it’s possible that the resulting effects lead to autism signs, symptoms of a sensory disorder or ADHD symptoms, especially if a child is exposed to the toxins lead and mercury.

If a child is having problems digesting gluten and casein, the partially digested proteins damage the process of methylation. This process is critical for maintaining proper levels of neurotransmitters – particularly dopamine, which is the neurotransmitter most often involved in ADHD.

Multiple web sites give a list of foods that are okay or should be avoided. I have found the blog Gluten Free Goddess can be very helpful when on a gluten free casein free diet to have some great gluten free recipes. We are in the process of putting our son on a gluten free diet and it has been very difficult to say the least, but that web site has really helped us find alternatives. There are also more labels on food in the grocery store letting parents know of gluten free food products.

For many children a strict gluten free casein free diet does seem to decrease the level of opioid peptides and improve the symptoms of autism. I have heard some parents say it is as if a fog has been lifted from their child. Another option has been giving some children naltrexone, which is an opioid antagonist with some reported improvements.

The hard part is that so many children with autism are picky eaters due to oral defensiveness. This can make following this type of autism diet very difficult along with treatment options, such as applied behavior analysis, that may benefit from using candy or other edibles as reinforcers during treatment.

However, many children will actually become better eaters once on the gluten free casein free diet because they won’t be as focused on those foods due to being addicted to the feelings and pleasure those foods create.