Signs of Autism in Infants and Babies 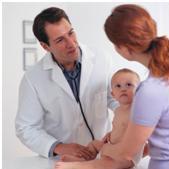 Learn how to identify early signs of autism in infants and toddlers. It can be hard to detect behavior characteristics under the age of one, but finding them early improves chances of recovery. It is also difficult to say whether it is truly autistic disorder or something else at such a young age, but starting treatment immediately will only help your child regardless of a diagnosis.

Another important thing to do is attempt to rule out other causes of symptoms in infants to be sure all treatments possible are being done. Some of these may include food allergies, a sensory disorder, a seizure disorder or hearing impairment.

Petit Mal seizures can occur hundreds of times per day without a parent’s knowledge and can cause a child to have strange behavior, be frequently disoriented or appear as if in his/her own world. These disorders can also often coexist with signs of autism in infants.


Signs of Autism in Babies

If you feel that your child has any of the symptoms listed, talk with your pediatrician as soon as possible. Early signs of autism in infants include:

• Appears to be in a world of their own
• No spoken words by 16 months of age.
• No meaningful two word phrases that are spontaneous and not imitative.

You may also be interested in learning about additional early signs of autism in toddlers or downloading a free symptoms checklist.

Treatment for Signs of Autism in Infants

Although treatment for infants can be more limited, there are things that could mean the difference between your child having severe delays and merely symptoms of mild autism.