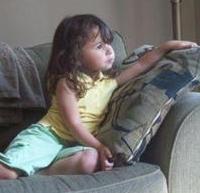 Learn how to identify characteristics for autism, behaviors and signs, such as rigid routines and frequent child tantrums. Autistic disorder is becoming an epidemic with statistics showing a staggering prevalence nationally to one out of every 59 children. Chances are that you already know someone with a child that shows signs or is currently diagnosed. What's worse is the lack of services available and the wait time involved to get early intervention.

When kids are younger it can be more difficult to detect whether there may be something wrong. If you are seeking answers for a young child you may be more interested in viewing the characteristics typical in infants or toddlers, otherwise checkout the list of symptoms below.

Early intervention is extremely important in the treatment of autistic behavior, with a much higher rate of recovery. Sometimes parents are often in denial that their child has any of the classic symptoms. I was personally guilty of doing this myself.

I always knew that something just wasn't right, but couldn't quite put my finger on what it was. It wasn't until speaking to an occupational therapist and researching information for my site that I realized my son has sensory processing disorder.

After doing the wilbarger brushing protocol, therapeutic listening and utilizing a sensory diet, most would never even notice any problems at all. It's amazing how effective treatment can be when done at a young age. As the child gets older it becomes increasingly difficult to make progress and catch up for lost time. This can happen for children with autism as well when treatments are started early enough.

General Characteristics for Autism include:


• Insistence on sameness; resistance to changes in routine
• Difficulty in expressing wants; using gestures or pointing instead of words
• Delayed toddler speech development, based on the recommended milestones per age
• Laughing (and/or crying) or getting upset for no apparent reason
• Prefers to be alone, frequently staring into space
• Temper tantrums
• Not wanting to cuddle, not laughing when tickled
• Minimal eye contact
• Unresponsive to normal teaching methods
• Engaging in odd play
• Spinning objects, hand flapping and other forms of stimulatory behavior
• Fixated attachment to objects
• No real fear of danger
• Marked physical over-activity or extreme under-activity
• Irregular gross/fine motor skills
• Non-responsive to verbal cues; may act as if deaf, although hearing tests are in normal range
• Echolalia, which is the repeating of another person's verbalizations instead of responding in a conversational manner

Checklist with Characteristics for Autism

Because there are so many different types, behavior disorders in children tend to vary greatly from one to another. If you feel you are seeing a significant number of the general characteristics listed above, I would highly recommend checking out the checklists with more detailed information about diagnosing autism.

If you haven't already, be sure to download my free eBook with the best tips and techniques for helping all children by clicking the image below!