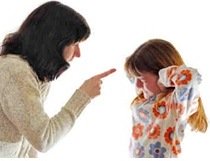 Learn how to identify symptoms of oppositional defiant disorder in children, including repeated display of disobedient, and argumentativeness toward authority figures. ODD is frustrating for parents and other professionals working with diagnosed children, but there are some simple techniques that can help.

Because ODD can be associated with explosive behavior as a result of poor coping skills and difficulties managing anger, concentrating on improving these skills and doing anger management activities for kids is a good place to start.

Another extremely helpful tip would be to work on developing a rapport with the child. This means focusing on your relationship with the child, spending time with them doing things they love and getting to really know them without any expectations. I believe this to be one of the most important aspects of treatment for defiant children.

The DSM-IV Revised Fourth Edition written by the American Psychiatric Association uses the following signs of Oppositional Defiant Disorder as its diagnostic criteria:

A. A pattern of negativistic, hostile, and defiant behavior lasting at least 6 months, during which four (or more) of the following are present:


1. Often loses temper
2. Often argues with adults
3. Often actively defies or refuses to comply with adults' requests or rules
4. Often deliberately annoys people
5. Often blames others for his or her mistakes or misbehavior
6. Is often touchy or easily annoyed by others
7. Is often angry and resentful
8. Is often spiteful or vindictive

Note: Consider a criterion met only if the behavior occurs more frequently than is typically observed in individuals of comparable age and developmental level.

B. The disturbance in behavior causes clinically significant impairment in social, academic, or occupational functioning.

C. The behaviors do not occur exclusively during the course of a Psychotic or Mood Disorder.

ODD is often associated with other conditions, such as ADHD, conduct disorder, mood disorders, learning disorders, or other mental health conditions. Therefore the cause may be related to causes of ADHD, but the actual cause of Oppositional Defiant Disorder in children is unknown. Theories about contributing factors include:

• Biological: There are studies that suggest there may be defects in or injuries to certain parts of the brain leading to serious behavioral problems in children. There are also links of ODD to abnormal amounts of special chemicals in the brain called neurotransmitters.

• Genetics: Family members of children and teens with ODD often have mental illnesses as well, including anxiety disorders, mood disorders and personality disorders. This suggests that ODD may be inherited.

• Environmental: Environmental influences, such as a living with individuals with mental illnesses, being around substance abusers, lack of discipline by parents and having a dysfunctional family life may all contribute to the development of behavior disorders.

While treatment generally includes parent skills training, psychotropic medications and therapy, there are also some behavior techniques that can be used to help with specific behaviors identified as part of the disorder. ADHD treatment will likely be included since children with ODD usually have a diagnosis of ADHD. You can read more information about treatment for this disorder by clicking the link above.