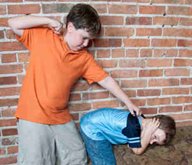 Learn how to identify and deal with the most common childhood behavior disorders including signs of ADHD, oppositional defiant disorder in children and conduct disorder. With the rate of kids being diagnosed as having attention deficit hyperactivity disorder (ADHD) at 29%, there’s no better time than the present to learn about these new childhood epidemics.

ADHD and coexisting behavior disorders in children are referred for mental health treatment services more than any other disorders of childhood and are the most commonly diagnosed. This may be due to difficulties the parents are having at home or teachers are having at school. School professionals tend to frequently insist that a child be evaluated when there are issues with focusing or behaving in school despite there not being problems at home.


I find this to be a bit unsettling, if perhaps the child is really just in an environment unsuitable for them to learn. I don’t particularly like the one size fits all approach to education and I think that there are also times when some students just don’t fit well with certain types of teachers. However, if there is a serious issue with school behavior it should be addressed.

One term you may have heard recently that has become more commonly known within the education system is emotional and behavior disorders (EBD). This is not an actual diagnostic term, but when children are classified as having a serious emotional disturbance (SED) at school along with behavioral challenges, they may be labeled as having this.

The three major disorders as part of the DSM-IVR that are most commonly referred include:

Generally, these disorders have some overlapping symptoms and are frequently diagnosed in combination with each other. Most children struggling with one of these conditions will also typically have poor academic skills, struggling social skills, and impulsive behavior.

Treatment for Behavior Disorders in Children

Because attention deficit disorders are usually the first diagnosis, typical treatments for ADHD are commonly used first. Then depending on additional diagnoses, treatment for Oppositional Defiant Disorder and Conduct Disorder, such as parent skills training is utilized as well.

Psychotropic medications are frequently prescribed, but do not always show consistent improvements in behavior. This leads to more and more medications prescribed with an increased chance that side effects may be affecting your child’s behavior, thus resulting in a vicious cycle.

Although, I do not personally condone the use of psychotropic medication without exhausting other options first, I know there are individuals that have benefited from its use.

You may also find the use of alternative medicine utilizing a special diet for ADHD or other types of behavior therapy can be used.

One treatment discovery has been the use of a medication called D-cycloserine (an antibiotic, also used in the treatment for tuberculosis) during a study by Dr. Tolin, PhD with the Institute of Living. The study showed that when this medication was used in combination with behavior therapy subjects had their symptoms go from moderate to mild within weeks.

Prior to traditional behavioral interventions, I strongly believe it is important to be sure that the concepts outlined in my free ebook, Child Behavior Guide: What you need to know are put into practice. These are the things I focus on first when initially working with a family to do parent skills training.

There are some programs in certain states and counties that will provide a trained behavior analyst or psychologist to work with the child and family on behavioral interventions. Treatment entails gathering assessment information by interviewing parents and other caregivers, observing the child, and collecting data.

From this gathered information the trained professional will put together a plan, sometimes referred to as a behavior intervention plan or positive behavior supports. Then parents and other caregivers are trained and coached on how to implement the strategies outlined in the plan.

I’m not sure of all of the available programs throughout different states and countries, but usually if a child also has a developmental disability you will likely find some type of services available for minimal costs. Sometimes there are waiver services available or you may check with a local Community Mental Health Center (CMH) to see what they have available.

Reading through my Behavior Help section. is another good place to start with strategies related to dealing with defiant children and child aggression.