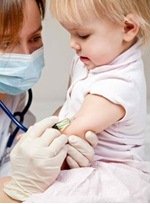 The most controversial autism vaccines debate has many parents questioning whether they should be giving their children vaccinations. Learn the ingredients and possible adverse effects associated with all immunizations and ways to avoid those adverse effects.

In addition to the information provided on my pages Are vaccines causing autism? and Which possible vaccines cause autism?, I would like to discuss potential reasons an immunization may cause autistic disorders.

The fact is that there are toxins in vaccines, but are they enough to harm the individual receiving the vaccination? You can also read the CDC vaccine ingredient list. Some alarming ingredients include thimerosal or mercury (still used in some brands of DTaP, HIB and influenza vaccines), aluminum, and formaldehyde. Some alarming adverse effects include seizures and permanent brain damage (known possible side effects of the DTaP and MMR). However, the MMR also claims to almost be considered the first autism vaccine, due to preventing Rubella (first known cause of autism).

Are autism and vaccines related?

One great resource is the book Healing the New Childhood Epidemics: Autism, ADHD, Asthma, and Allergies: The Groundbreaking Program for the 4-A Disorders. It also talks about immunizations and provides an alternative schedule for children to follow that may put some parents more at ease with the hypothetical implications that are being made. In addition to the alternative schedule it provides a list of vitamins/supplements to give children before and after each vaccine to help support the immune system and eliminate toxins.

I don’t think it would be accurate to say that all autism causes are directly and only related to vaccinations. While I believe they may be influencing, there are likely multiple causes or a combination of causes that when a child is unfortunate enough to encounter them all at once, the result is an autism diagnosis.

One of these additional causes could be a genetic predisposition to having difficulty detoxifying. Family histories of mental illness and auto-immune disorders are indicators of possibly having this genetic predisposition. Then when a small child is loaded with vaccines and genetically cannot detoxify as well as other children, the child may be more susceptible to undesirable side effects, such as seizures or possibly even autistic disorder, asthma, and/or allergies.

Could a buildup of toxins within the blood stream cause damage to the developing brain of an infant? Common sense tells me yes. However, would the potential loss of a child to one of these severe illnesses be worse than autism, asthma or allergies? That is a decision that parents need to make themselves.

More on the Autism Vaccines Debate